A Conversation with Naomi Benaron

How did Jean-Patrick's story come to be?

It started with a visit to Rwanda in 2002. I fell in love with the country and the people. At that point I knew I would have to tell a story to the world that grew from the people I met there and the histories they shared. Then, when I became friends with an eight-hundred-meter runner who ran for Burundi in the Olympics, Jean Patrick's specific tale began to unfold in my mind.

This novel feels so meticulously written. How long have you been working on it?

Running the Rift began as a short story in 2004. I committed to a novel in January 2005, so six years, although not continuously.

As I read it, it felt as if you were fluent in the language.

Hah! I am a beginner. I find Kinyarwanda to be a very difficult language to learn, but I try. I practice every chance I get.

How did you come to fall in love with this country, which seems like a second home to you?

The moment I first looked out the airplane window and saw an unending landscape of rolling green hills, I fell deeply in love. Watching the streams of people in their brightly colored clothing, greeting them on the streets and seeing their beautiful smiles, I felt something change in my heart. And it's funny that you said "second home," because I do have a feeling, in the first few minutes of being back on those streets, of coming home.

In addition to your intuitive way of writing about Rwanda, I was struck by how well you write about running: the sense of concentration, the training regimens, the pleasure of pain—things that only a serious runner knows. Which leads me to wonder, how serious of a runner are you?

I used to be a very serious runner and triathlete. I competed in road races and triathlons for many years, my favorite being the long distance ones: marathons, half-ironman, ironman. Not to brag, but I did well and was for many years in the top 10 percent of my age group nationally. My knees won't let me race anymore, but I still love running. I will never quit. It's funny, though: I used to train on the track, and I particularly hated running eight-hundreds. Although I love the theory and strategy, and I love to watch the race, I would rather run a marathon than race eight hundred meters on the track.

What was the most difficult part of writing this book?

I think the most difficult part of the book for me was the beginning, because it was hard to speak in the voice of a young boy without sounding childish. I wanted to capture Jean Patrick's innocence and the unreliability of a young narrator without making him seem simplistic or—frankly—boring. It was a hard balance to find.

You won the Bellwether Prize for Fiction, awarded to a novel that addresses issues of social justice. But rarely do novelists set out to write a novel that will address such serious political issues. What would you like readers to take away from this book?

What I do hope for is that I can in some small way bring the people and the country of Rwanda to life for readers. Maybe after finishing my novel, they will look at the world with a different eye, and they will recognize the insidious manipulations of governments on many levels and in many countries to create divisions and a sense of "othering" among peoples. Perhaps, then, they will do one small thing to fight it.

Your mother managed to escape from Europe during World War II. How did her history influence you in writing the book?

I would have to say that my mother's life and her stories have been the main influence in my writing. From a young age, I was brought up to fight injustice wherever I found it—my mother, throughout her life, was a very political person—and that has stuck with me. I know that the parallels between the Rwandan Genocide and the Holocaust are what drew me to Rwanda. I believe I told this story first because I was not ready to face the pain that the Holocaust caused my mother. She lost most of her family, her best friend, and her fiance, and those losses hung over her life. Looking back on it, I see that she never managed to free herself from the burden of survivorship.

Who from Rwanda was your most important reader, and why?

I cannot, in all fairness, pick one person. There were three people who were central to shaping both the story's heart and its narrative: Mark Bizimana, my unofficially adopted son; Mathilde Mukantabana, my mentor and dear friend; and Jean Nganji, one of the first people from Rwanda I met, who has been my "go-to guy" throughout this long process. Mark comes from the town I picked as the birthplace of Jean Patrick (I had not yet met Mark when I chose Cyangugu), and their early lives were in many ways similar. He opened many windows into the mind of a young boy coming of age during the time preceding the genocide and answered many practical questions concerning the details of daily life. Mathilde helped me to understand the female protagonist, Bea, and she also taught me many lessons about culture, custom, and folklore. Kinyarwanda is an oral tradition that grew out of poetry, and Mathilde provided me with a sense of that. Jean Nganji taught me Kinyarwanda and answered the questions I was too embarrassed to ask Mark. He has always been an honest and wise critic of my work and has never shied away from sharing his own experience with me.

Despite the genocide, your novel is also rich with a sense of forgiveness among the survivors. Is this a sentiment you heard from those you met?

Let me address this in two parts. It's interesting that you say Running the Rift is "rich with a sense of forgiveness," because I'm not sure I feel that way. What I wanted to convey was that the possibility of forgiveness exists but that the road will be hard and long. As for a sense of forgiveness among survivors, the answer to that is multifaceted and fraught with complexity. On June 18, 2012, the Gacaca, or community courts, where the "lesser" genocidaires have been tried since 2005, were shut down. Results from these courts have been mixed at best. From what I have read and heard, forgiveness seems to hinge on the perpetrators asking for it. These people are now being released into the community, so survivors who saw their families slaughtered now see those who committed the crimes living beside them once more. It is a tremendous source of stress. I have had friends who have been asked for forgiveness and have granted it, but I also have friends whose lives have been threatened for giving testimony at Gacaca. I think many survivors would say that forgiveness on some level is necessary if they are to go on with their lives, but I also think the wounds are so profound that the healing process can never be complete.

There is one character who is a genocidaire whom the reader gets to know fairly well. And one could argue that he is, in some small way, redeemed by his treatment of one person.

Strangely enough, Coach is the character who came most easily to me. He walked into my novel almost fully formed the minute he first jogged across the soccer field at Gihundwe. He was by no means an evil person but rather one who was raised taking orders and following the party doctrine. In short, he was a military man. It was not in his mindset to question orders or doctrine until a certain human being—Jean Patrick—came into his life. Coach was capable of redemption because he was capable of genuine human affection and because that affection, spontaneous and unanticipated, was enough to crack his comfortable worldview and to allow him to act outside of it.

No doubt you've been asked this many times, but did it give you pause to assume the perspective of another culture, a culture entirely different from your own?

Absolutely. It gave me pause every day while I was working on the novel, and it continues to give me pause today. The situation is particularly complicated because it is not just one person assuming the perspective of another. It is, in fact, a political question, because it involves the appropriation of a colonized culture by someone who stands for the colonizer. As much as I would like to refute this label, I could not be honest with myself if I did not come to terms with it. This meant that I had to approach Rwandan culture with humility, respect, and honesty; I had to be vigilant to avoid stereotypes and false representation. To accomplish that end, I had to live with Rwandans, learn something of their language, eat their food. In so doing, I came to love the culture on a profound level. On a personal level, Jean Patrick had to be someone I understood. Since I am a scientist and a triathlete, and since the love of running and the love of science transcend culture, it was a foregone conclusion that Jean Patrick would love these things as much as I do. 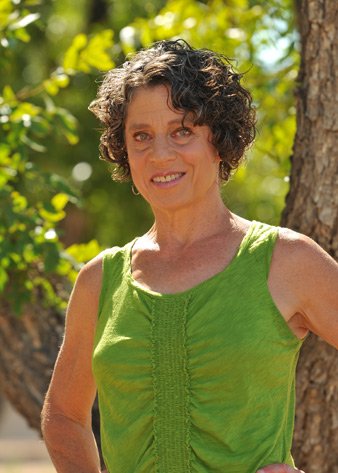