Overview of Running the Rift

Running the Rift follows Jean Patrick Nkuba, a gifted Rwandan boy, from the day he knows that running will be his life to the moment he must run to save his life, a ten-year span in which his country is undone by the Hutu-Tutsi tensions. Born a Tutsi, he is thrust into a world where it’s impossible to stay apolitical—where the man who used to sell you gifts for your family now spews hatred, where the girl who flirted with you in the lunchroom refuses to look at you, where your Hutu coach is secretly training the very soldiers who will hunt down your family.

Yet in an environment increasingly restrictive for the Tutsi, he holds fast to his dream of becoming Rwanda’s first Olympic medal contender in track, a feat he believes might deliver him and his people from this violence. When the killing begins, Jean Patrick is forced to flee, leaving behind the woman, the family, and the country he loves. Finding them again is the race of his life. 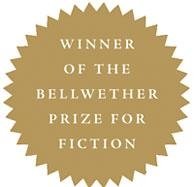 This is the third Bellwether Prize winner published by Algonquin. The Bellwether Prize is awarded biennially by Barbara Kingsolver for an unpublished novel that addresses issues of social justice and was previously awarded to The Girl Who Fell from the Sky, by Heidi Durrow and Mudbound by Hillary Jordan.

MORE ABOUT RUNNING THE RIFT